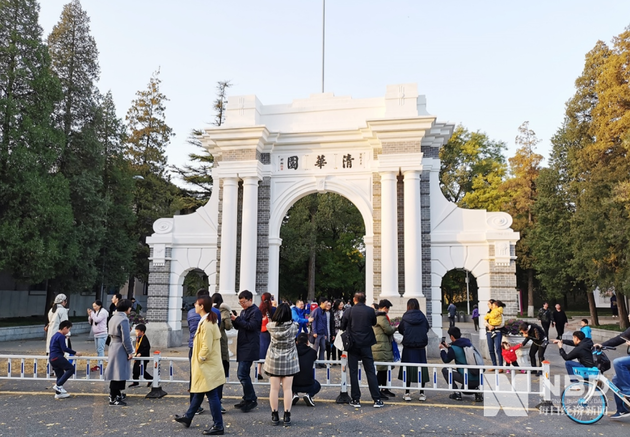 Universities from the Chinese mainland have for the first time secured the top two spots in Times Higher Education (THE)'s Asia University Rankings since it began in 2013, according to the latest rankings released Wednesday.

Tsinghua University, the first Chinese university to achieve top place in last year's rankings, maintains its position at number one this year, while Peking University rises from 5th to 2nd.

This year's rankings also saw Chinese mainland's universities claiming three of the top 10 positions for the first time, with the University of Science and Technology of China and South Korea's Sungkyunkwan University tied for 10th.

The dominance continues into the top 50, with 13 Chinese mainland's universities ranking 50th or higher.

With nine more universities qualifying compared to 2019, the Chinese mainland records its largest-ever number of participants this year with 81, ranking second among all Asian countries. The first comes Japan with 110 universities, and the third India with 56.

A total of 78 out of a record 489 institutions included in this year's rankings are debutants, with Macao's Macau University of Science and Technology ranking 32nd, the highest.

"Despite a record total of universities qualifying for the ranking, Chinese mainland continues to demonstrate the growing strength of its higher education system to the rest of the world," he said.

"China has been ahead of a lot of Asian nations in prioritizing the knowledge economy, prioritizing investment in great universities, that included of course financial investment to very very high levels, but also reform to make sure that academics, scholars of China are incentive eyes focused on producing high quality work," he said.

The world will see more Chinese scholars producing researches at the highest level in leading journals, which will further improve Chinese universities' rankings, he added.

Baty predicted that the geopolitical implications of the COVID-19 pandemic response, coupled with dramatic changes to the international flow of students and academic talents, will benefit Asian universities and accelerate their competition with the best institutions in the world.

According to THE, which reports specifically on news and issues related to higher education, its World University Rankings judge research-intensive universities across all their core missions: teaching, research, knowledge transfer and international outlook.